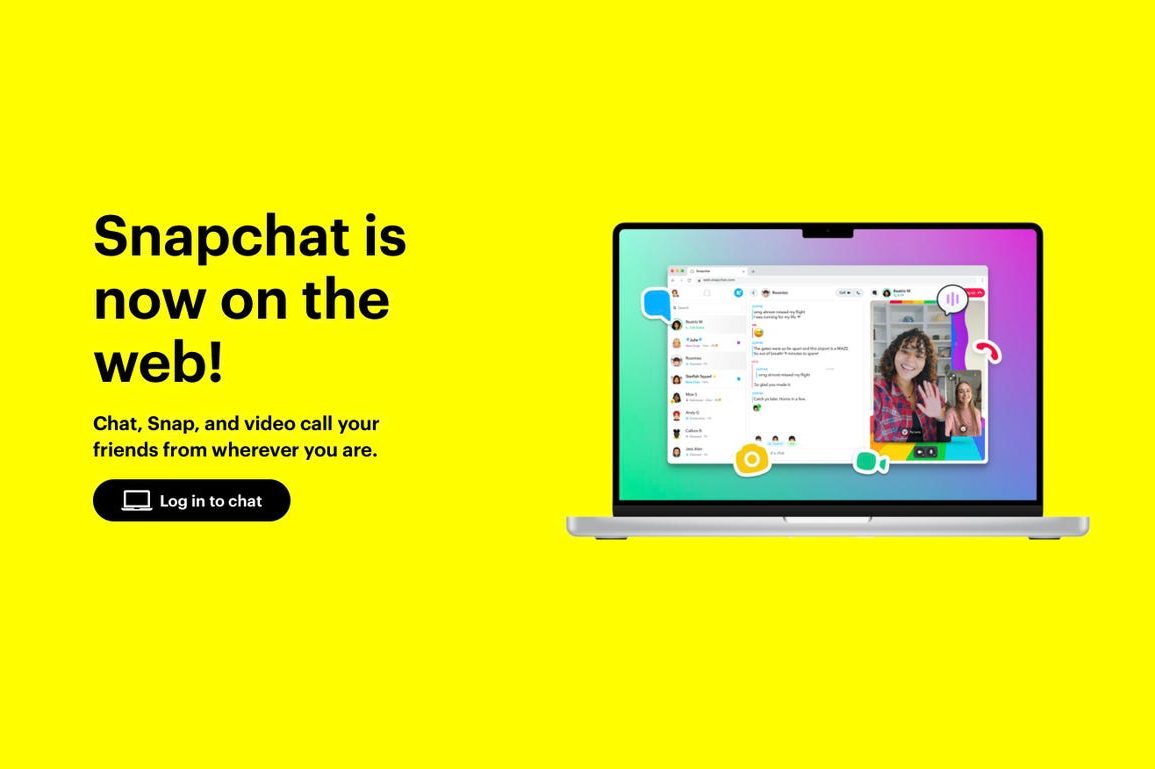 Snapchat Now Available On Browsers As Official Website To Use

Snapchat the social giant known for it’s app with messaging and video chat features, first made their way to browsers back in July, but only in select markets and for Snapchat+ subscribers. Now, Snapchat for Web is finally available for all the messaging app’s users worldwide. It could be the preferred choice for users who have a ton of typing to do and messages to send out; they’ll be looking at a bigger screen and have access to a real keyboard.

The web interface is pretty basic right now, but it can also be used to send photos and to make audio and video calls which is a nice bonus. A company spokesperson previously told the public that video calling has become more popular among its users recently. Giving users access to the feature on the web could lead to longer video calls. The spokesperson also reported that Snap could bring more of its core features to the web interface if there’s enough demand for them.

In addition, Snap has launched lock screen widgets for the iPhone now that iOS 16 has come out. The widgets allow users to create shortcuts for the conversations they want — perhaps for people they frequently talk to — so they can launch up chats right from their screen in one tap.

With an easy UI, Snapchat app will feature new shortcuts at the top of its chat page. They’ll make it easy for users to get to unread Snaps, chats from friend and replies to stories. The company will also show reminders in the app for birthdays or for conversations that users haven’t replied to yet. Finally, Snap has introduced Question Stickers that users can post to their stories and Snaps. The company said these features will roll out to users soon if they haven’t yet.