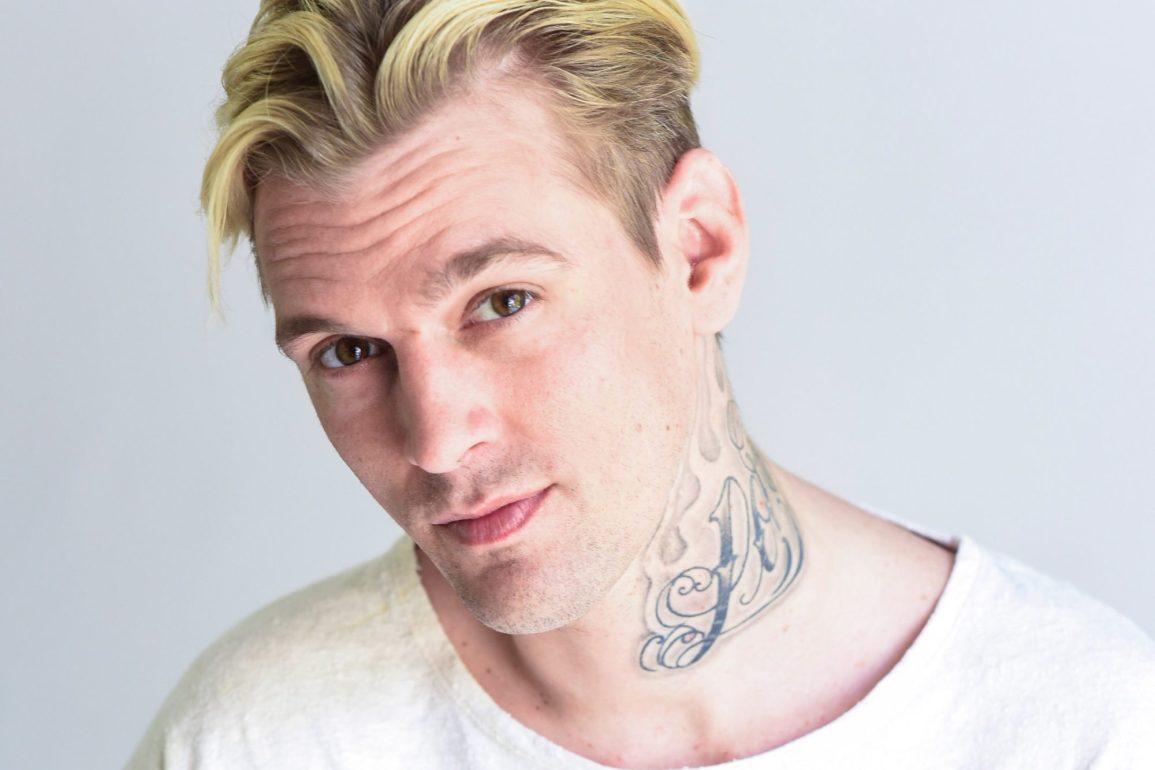 Aaron Carter has died and it’s hitting millennials hearts today as well as the rest of the world who knows him and the history of his music.

Born in Tampa, Fla., Carter was raised in a musical family that included older brother Nick Carter, a member of prominent boy band The Backstreet Boys, and older sister Leslie Carter, who was also a singer. He was catapulted into fame after performing as an opener for The Backstreet Boys in 1997 and released his debut album, titled Aaron Carter, less than a year later.

The singer who turned to a rapper and actor, was found dead Saturday at his house in Lancaster, CA Multiple sources including a TMZ article released The details about Aaron’s body being found in his bathtub. Law enforcement told sources they received a 911 call at 11 AM Saturday that a male had drowned in the tub.

Aaron Carter’s neighbors heard chilling screams when he was found unresponsive on November 5, 2022. Though details are yet to officially be released, friends have their thoughts on how Aaron Carter died and believe his cause of death could have been due to a drug overdose considering his checkered history with substance abuse.

The troubled pop star was discovered in his bathtub by his housekeeper at around 11 a.m. on Saturday. Neighbors told The Sun US they heard her screaming “he’s dead, he’s dead” before homicide investigators were dispatched—standard procedure for deaths under similar circumstances, though there was no evidence of foul play. Sources close to Carter told the news outlet they did not this his death was a suicide, as he had plans to go into the studio to record music the following week. So how did Aaron Carter die and what caused his death? Here’s everything we know.

How did Aaron Carter die?
How did Aaron Carter die? The official cause of Aaron Carter’s death has yet to be released, but as reported by The Sun US, friends suspect the rapper’s battle with substance abuse had relapsed. We won’t know for sure until the toxicology results come back and that could take months. “It is with great regret that I confirm Aaron Carter was found unresponsive this morning in his home in Palmdale, California,” a rep told the UK-based tabloid. “The family has been notified and will be flying out to Los Angeles. Aaron worked very hard towards the end of his life in recovery, to be a good father and to make amends with his family. Unfortunately, without proper recovery facilities available in our country and open borders, this is why we have an epidemic.”

A source close to Carter’s on-and-off fiancé, Melanie Martin, said Carter had missed a rehab session that he was scheduled to attend the night before he passed. TMZ reported he had stopped the program briefly but was reinstated a week before. When he didn’t show, the facility called Martin and she confirmed the tragic news. Police found multiple compressed air canisters at the scene where Carter’s body was found, according to the gossip outlet. His housekeeper, who made the grisly discovery on Saturday morning, had answered the door at 2am on Friday night from cops doing a welfare check, which was the last time Carter was seen alive.

A source vehemently opposed the idea that Carter wanted to end his life, telling The Sun. “Aaron did not commit suicide. He was planning to work on music in the next week with some artists from out of town. “He was locking down [the] studio, planning travel logistics, and seemed very excited,” a source said. “Any suggestion he was suicidal last night when he was in contact with his friends and team is wrong.”

In his final interview, on September 14, 2022, Carter told The Sun he’d checked into a month-long outpatient program at the LA-based Lionrock Recovery to regain custody of his son, Prince. “The main reason why I enrolled into Lionrock Recovery outpatient is to help with the weed. I don’t want to smoke weed anymore. I don’t really need to,” he said. “It’s an abstinence program and I work with an individual counselor,” he continued, adding that one-on-one work wasn’t mandatory but that it was merely a suggestion by the court. “I do group therapy, parenting classes, domestic violence classes, I got myself certified in CPR, just a lot of different things. It’s new being a parent but it’s actually become really fun and exciting and given me a new chapter of my life. It’s been amazing.”

In the same interview, Carter refuted claims he was abusing Xanax, as had been rumored, the powerful prescription drug Benzodiazepine, which is used to treat depression, anxiety and insomnia. In a 2019 episode of The Doctors, Carter revealed he was on a long list of prescription drugs for mental illness. During the show, he tested positive for “marijuana, extended opiates, hydrocodone as an example, and benzodiazepine,” the last of which is used to treat multiple personality disorder, schizophrenia and acute anxiety. “There [have] been many times where, because I have insomnia, I’ll take my medication for sleep and then I’ll go on a live-stream, and I’ll get really sleepy. I should be going to sleep but sometimes I’ll stay up a little later than I should. I’ll be working on a project or something, there [have] been lots of different things, I think a lot of it is just kind of over-exaggerated. I do take Xanax. Xanax is a part of my regimented medication that I take from Aloe House that was prescribed to me in rehab, so I take a regimented medication, a series of medications which helps keep me clean from huffing dust.”

In the interview with The Sun, said he was never addicted to narcotics but to “huffing and dusting”, in which canned air is inhaled to bring on an immediate sense of euphoria, as well as hallucinations and delusions, according to the American Addiction Centers. It can also cause seizures. Though the effects of such substances are very temporary, lasting a few minutes, it is possible to overdose on them. “Many solvents and aerosol sprays are highly concentrated, meaning they contain a large amount of chemicals with a lot of active ingredients,” according to the National Institute on Drug Abuse. “Sniffing these products can cause the heart to stop within minutes. This condition, known as sudden sniffing death, can happen to otherwise healthy young people the first time they use an inhalant.”

The news of Carter’s death comes after he temporarily lost custody of his 10-month-old son, Prince, amid allegations of domestic violence against Martin. In March, 2022, Martin accused Carter of breaking three of her ribs. According to court documents obtained by The Blast, she filed a restraining order against him after a nasty fight. “We had a fight about me talking to another man while we were broken up. He punched me in the left rib and pushed me,” she recalled, according to the court documents. “I didn’t feel the pain until a few days later, then I left the house because he threatened to give me a restraining order… “I went to Kaiser, my doctor, and took X-rays.” She included the diagnosis, “3 broken ribs.”

Tragically, the Carters lost their sister, Leslie, in 2012 to a prescription drug overdose at the age of 25. According to the police report at the time, three drugs were found near her body when it was discovered. Xanax, Olanzapine, used to treat schizophrenia or bipolar disorder, and the muscle relaxant Cyclobenzaprine. But at the time, Aaron was conscious “I lost my sister to an accidental drug overdose so I would never do that. I would never overtake my medication,” he told The Sun.

In the hours after news broke of Carter’s death, tributes flowed from everyone he touched personally. His older brother, Backstreet Boy Nick Carter, admitted that while their relationship as siblings was far from perfect, they were still family. “My heart has been broken today. Even though my brother and I have had a complicated relationship, my love for him has never ever faded. I have always held onto the hope, that he would somehow, someday want to walk a healthy path and eventually find the help that he so desperately needed,” he wrote on Instagram accompanying childhood photos of the pair together. “Sometimes we want to blame someone or something for a loss. But the truth is that addiction and mental illness is the real villain here. I will miss my brother more than anyone will ever know. I love you Chizz., now you get a chance to finally have some peace you could never find here on earth….God, Please take care of my baby brother.”

Carter’s fiancé Martin gave a statement to TMZ: “My fiancé Aaron Carter has passed away. I love Aaron with all my heart and it’s going to be a journey to raise a son without a father. Please respect the privacy of my family as we come to terms with the loss of someone we love greatly. We are still in the process of accepting this unfortunate reality. Your thoughts and prayers are greatly appreciated.”

Hilary Duff, who starred with Carter in the Disney Channel series Lizzie McGuire, also shared a tribute to Carter on Instagram, saying, “For Aaron– I’m deeply sorry that life was so hard for you and that you had to struggle in front of the whole world. You had a charm that was absolutely effervescent…boy did my teenage self love you deeply. Sending love to your family at this time. Rest easy.”

Aaron had a major ride to fame back in the late 1990s as a pop singer, releasing four studio albums, starting with his self-titled debut album in 1997 when he was only 9 years old.

Carter’s first album sold a million copies, and his second album, “Aaron’s Party,” tripled that number … and from there he became a regular star on Nickelodeon.

Aaron also used to tour with the Backstreet Boys during their trending days … his older brother Nick was part of the extremely popular boy band.

Aaron Carter adapted into rap as his music career progressed … and he also appeared on “Dancing With The Stars” and acted in the Broadway production “Seussical.”

Aaron had tons of legal and substance abuse issues over the years … infamously going on “The Doctors” a couple years ago and talking about all the pills he was taking. He also went to rehab numerous times.

AC is survived by his son, Prince.