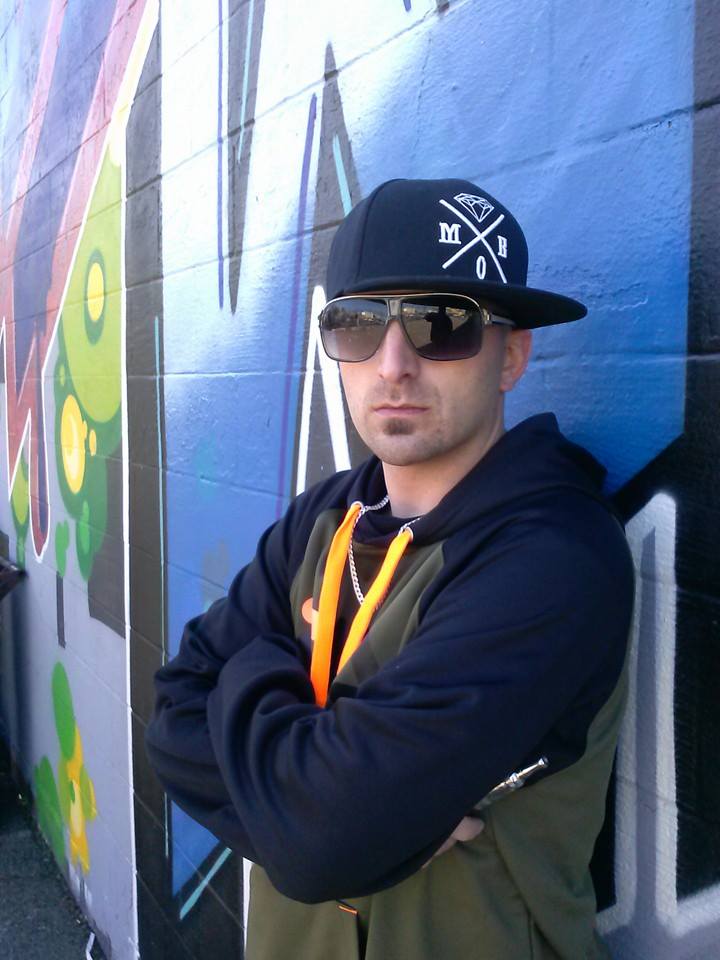 Robbie K. Everydayallday is an entrepreneur who founded KinerkTube.com Underground Music Maps; which is a niche online music directory, review site and social network. The site was programmed and designed to connect the music people to the music industry on one intricate streamlining all-in-one platform.

Born in 1982 in Santa Rosa, California, Robbie K. Everydayallday was, and is, an asset in the sales and marketing world. Along the way, he has learned bits and pieces of the tech world by working amongst web developers and marketing professionals from small and corporate scale businesses. More importantly however, he has learned the value of joining forces with a team of programmers to make a successful combination in business.

Beginning as a blue collar hard working young adult, Robbie K. had gathered the skills of hard labor jobs and learned to appreciate life and its challenge of survival. One thing that was always of high interest to Robbie K. Everydayallday, was the music he grew up listening to and the desire to make his own. As a 90's kid growing up to his parents favorite oldies songs, he experienced some music rhythm from listening to the old historical radio jams from his parents generation. It wasn't till later when he experienced hip hop on TV with artists like Run DMC, MC Hammer, Vanilla Ice, in the Ninja Turtles movie, and many more. He dreamt of one day being a rapper but it seemed too far away to obtain. This never stopped his inner inspiration.  He kept his eye out for music and opportunity if it would ever come to him.  He didn't know until much later in life that more opportunity comes from those who go and get it.

Robbie K. had attended a school party in 6th grade where he got his first real taste of hip hop and dance. That night at the school party, he was announced first place in their dance contest, winning him his first rap cassette tapes ever. He won singles of Coolio ft. L.V. (Gangstas Paradise) as well as a few others that were hot at the time. A year later Robbie K. bought his first rap cd ever which was Cypress Hill (Black Sunday). At this point Robbie K. was more and more interested in making rap music but had no connection or idea where to start... except for a pen and paper. He wrote poetry and rap lyrics which helped him through his tough childhood. Sometimes all he had was himself or occasionally a friend that would join him in a rap colllab for practice and to see how it sounds even with no beat… straight acapella.

Robbie K. was ultimately kicked out of his parents’ house at age 14 due to his choice in drugs and lifestyle as well as not putting up with his father's rules and strict punishment anymore. This was a good and bad thing at the time as it landed him in real life scenarios of street life and survival, which then lead to juvenile hall, institutions, probation and eventually self-recovery. As he continued to live through experiences of the good, the bad and the ugly, he continued to write music but always felt the need of survival in the streets was priority, especially as a young adolescent. This was his reality but in actuality it was an excuse holding him back from greater things.

It wasn't till later when Robbie K. met some real friends he could call "fam" and they also had a passion of hip hop and rap. They were able to record a track together for the first time because one of them had an old cassette tape player and karaoke mic set up. Now, even though the quality was horrible it gave him a vision of his potential. Then just a few years later managing to work and stay afloat, he found a childhood friend, who had an entire music studio in his lab running Fruity Loops now known as FLStudios. This was the real first moment of a major step up in recording music tracks.

As time went on Robbie K. worked hard, had a family, kids, and was living new beginnings. Once his sons were born into his life, he had no excuse for failure and more motivation than ever.  Life was hard but he managed to keep a job and pay all the rent and bills for his new family. Unfortunately only 3 years into his marriage, his relationship ended due to a challenging partner.  Now with full custody responsibilities added to his life, this gave him more heart in his path to greatness.  At this point he worked smarter instead of harder and began making a name for himself in everything he did.

Robbie K. became a top leader and sales man for a few big start up niche businesses in Northern California helping them build a large capital of residual revenue off his clients. The problem is he had never owned his own business so even though he was proud of his work, he was not happy with his pockets at the end of the day, especially when he had other mouths to feed. It got so crazy living in a county area in California that went up in housing and rental pricing higher and faster than anywhere else in the country. One day he finally got a financial break, as he got called for section 8 public housing assistance, after a 6 year wait on their list. He acquired this just to make ends meet as a single full time father of two and entrepeneur.

Now that Robbie K.'s kids were getting to a more self-sufficient age, the inspiration to make music was back on top of his priority list. He found himself once again relieving stress with talk about his life in rap lyrics. He kept rapping and feeling good, but then it got real. About this time is when he realized the challenge it was to make a music project come to life, and how hard it would be to fast start a music passion into an actual and possible career... or at least a serious hobby that attracts listeners. This prompted Robbie K. to go out and buy the latest version of Pro Tools. He did it! He finally started his own recording studio, which took lots of time and money to piece together. Finally things were slowly happening with Robbie K. Everydayallday’s music production dreams but now the issue was understading where to go next with distribution and marketing.

Robbie K always wanted to help others in the underground music industry with their crafts and goals. He dreamed of helping millions one day in the music industry by solving the same problem he had with finding nearby music connections and industry knowledge. He then came up with an innovative niche solution. At first he did this by promoting a new business online for anyone with a music passion. This was around 2011 when Robbie K Everydayallday publicized his business idea at the time called KinerkTube Underground Music. He offered free advertising, unique promotion and free recording time to the locals. Now at this time KinerkTube wasn't officially a legal business but was an underground niche that started on YouTube. The idea was to separate the music artists into categories: where they are from, how to get hold of them and search engine optimization purposes. Even though the channel did not go viral it was very important to those who followed. It helped many artists get their videos to the top of Google when searching strategic key words.

Robbie K proceeded to help promote artists on other music sites also under the name KinerkTube "Underground Music.” This was helpful to artists allowing Robbie K. to promote them for free. Locally it was making sense to become a viable business that can bring value and show results. He even made sure to pay for premium and business access to other music platforms just so he could have unlimited space available on KinerkTube playlists for others in need; thus allowing submissions from other artists and music businesses that sent their content with permission and appreciation; ultimately gaining the promotional exposure, search engine optimization, and unlimited file space availability that their song may not otherwise have been allowed when attempting to upload themselves on their own accounts. Robbie K. Everydayallday knew what needed to be done to excel his services, so he then took action by taking his whole life and work experience from all these start-up companies he helped succeed in, and he came up with the idea of KinerkTube.com "Underground Music Maps" first original directory and review site online. After many struggles to get the site going there was a soft launch in 2012 which exposed the idea and site to the public. Unfortunately it was not user-friendly enough, leaving lots of work for Robbie K. Everydayallday to do. He worked hard and made beautiful pages for music artists as well as music business, showing all their music social and media sites in one page. No more surfing around logging into other sites to connect and see all that an artist or business offers. KinerkTube was the answer but still had a long way to go. Not knowing who to help him take the business to the next level, he then decided to become good friends with event hosts in his area. This opened up a whole new spotlight for Robbie K as an artist doing live shows on stage and more importantly for his business KinerkTube as the sponsoring music site showing details of the event and more.

Robbie K. showed his early genius as the creator of KinerkTube with the help of very special programmers on his team in 2017. This was the time of new beginnings for KinerkTube.com Underground Music Maps. Their goals of a new platform build and re-launch was in the works. The birth of their new directory platform would now offer a universal user-friendly experience including addition of social networking for members.

The founder and his team are proving that their hard work impacts a fundamental change for the people and businesses of this skillful music world. They truly created a solution for the active music people by directing their needs to the connections of success. This also is when the unique algorithm was made and Robbie K's passion to help the people in the industry became real for the masses.