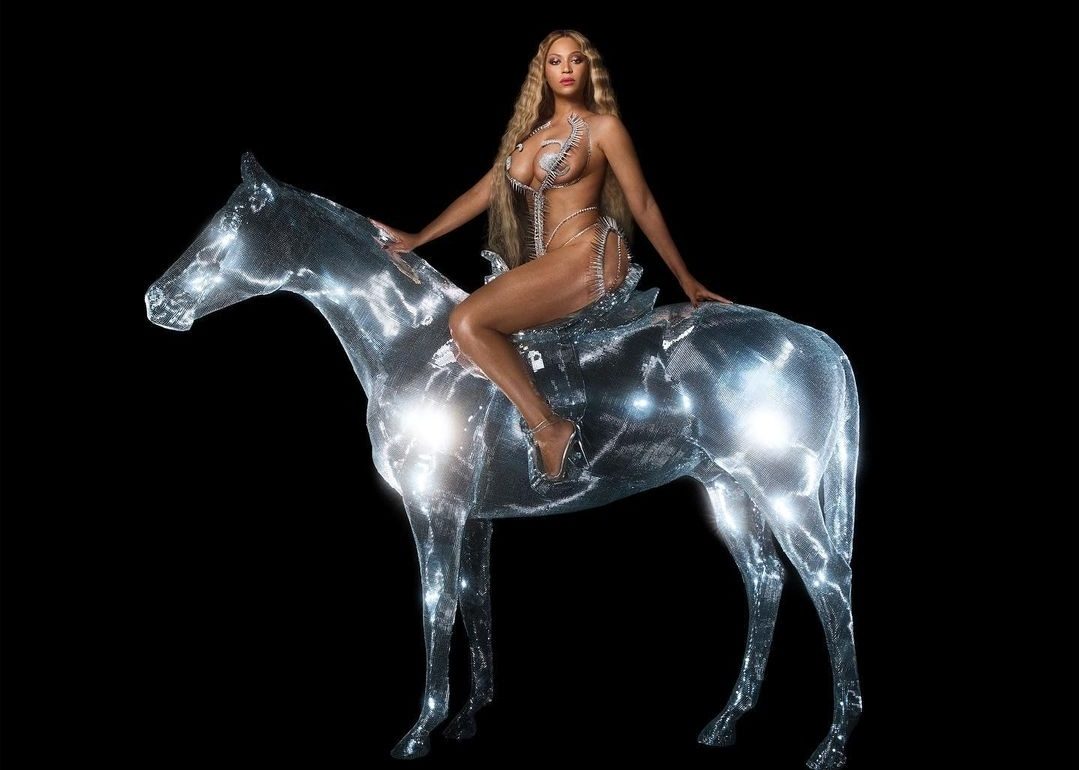 Beyoncé’s surprise return to British Vogue was amazing for her fans but there is more to reveal, the 40-year-old singer has more to satiate their thirst! On Friday June 1st, both Beyoncé and Vogue’s Instagram page shared a look behind the scenes of the iconic July cover shoot, featuring the singer’s latest single as the perfect soundtrack.

The video shows fans an inside look at the “vision of glittering retro-futurism” conceived by the magazine’s editor-in-chief Edward Enninful, photographer Rafael Pavarotti and the superstar herself. The shoot references the tropes of club life from the mid-’80s to the millennium, with co-styling by Marni Senofonte, incorporating “everything from Harris Reed headdresses to Schiaparelli Haute Couture.”

Beyoncé’s interview with Enninful was the first look into what fans can expect from the singer’s long-awaited seventh studio album and her first solo album in six years, Renaissance.

Enninful shared that Beyoncé contributed the long creative process to the pandemic. It gave her “far longer to spend thinking and rethinking every decision. Just the way she likes it.”

“New music is coming – a thrilling abundance of it,” Beyonce reportedly said to the editor.

Enninful described the project as “music that makes you rise, that turns your mind to cultures and subcultures, to our people past and present, music that will unite so many on the dance floor, music that touches your soul.”

Enninful shared that the “soaring vocals and fierce beats” of the music transported him “back to the clubs of my youth.”

“I’m a fan too. I’m very, very excited,” Tina Knowles-Lawson told ET about her daughter’s upcoming project. “I just posted recently that I really miss her singing, and I do. I’m as excited as everybody else. I can’t wait for you guys to hear it.”

“She put two years of love into this. Many, many nights [she spent] all night working,” she added. “I can’t wait for the world to hear it.”

On Thursday, Beyoncé took to Instagram on Thursday to speak to her followers about the inspiration behind her upcoming album, Renaissance. The singer shared the album’s cover art, featuring herself clad in a silver bikini and seated atop a horse made of mirrored tiles — like a disco ball.

“Creating this album allowed me a place to dream and to find escape during a scary time for the world. It allowed me to feel free and adventurous in a time when little else was moving,” she captioned the photo. “My intention was to create a safe place, a place without judgment. A place to be free of perfectionism and overthinking. A place to scream, release, feel freedom. It was a beautiful journey of exploration.”

“I hope you find joy in this music. I hope it inspires you to release the wiggle. Ha!” she added. “And to feel as unique, strong, and sexy as you are.”

Fans can “release the wiggle” when Renaissance drops on July 29.