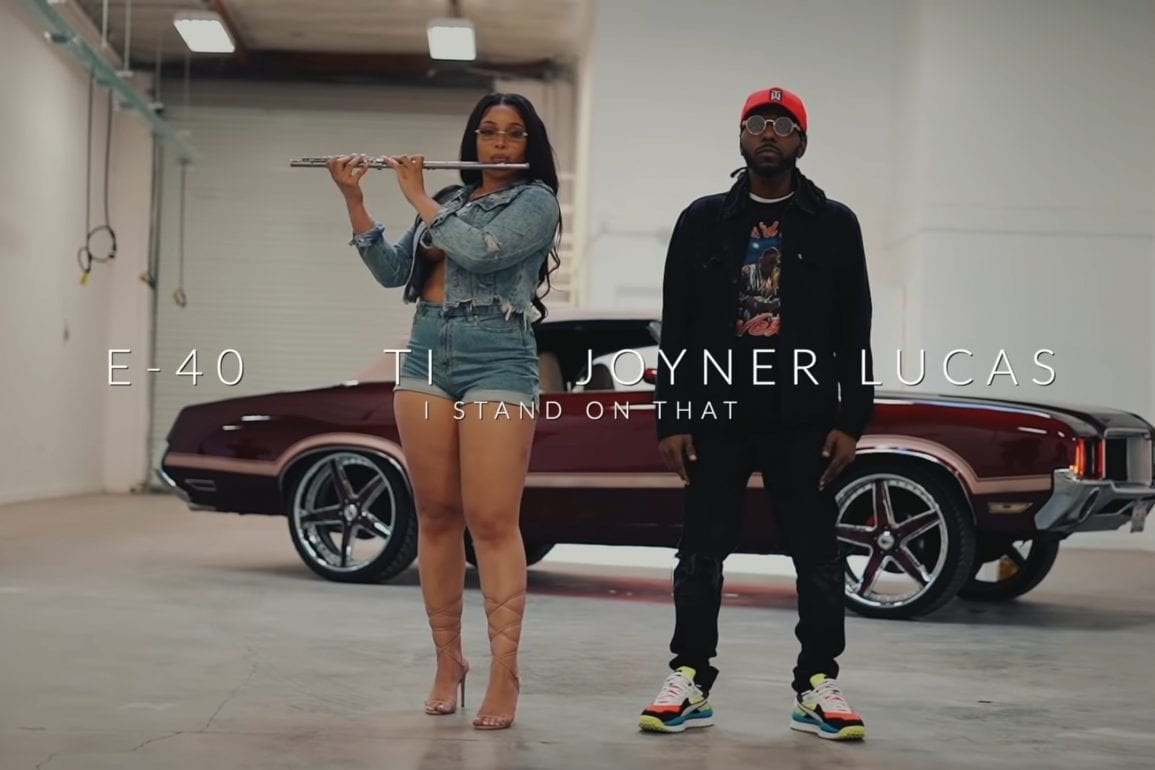 Add this song to your Spotify playlist: https://spoti.fi/2MW9rmL​ Directed by @JaeSynth Produced by Traxamillion

E-40 just dropped the music video for “I Stand on That,” featuring Joyner Lucas and T.I.

Directed by Jae Synth, the visual captures each rapper in their cities with a garage theme. All rappers came with their A game and went off with their lyrical word-laden verses about their core values and overcoming adversity.

T.I. noticably gave a shout out the Bay Area rapper’s own influence on his career:

Towards the end of the clip, E-40 pulls out some dance moves that call back to his Verzuz battle against Too $hort, which drew over three million viewers on Instagram Live this past December. 🔴▶️🤯

The same week as the Verzuz battle, E-40 released his new studio album Terms and Conditions as part of a bundle package with Too $hort’s Ain’t Gone Do It. Along with “I Stand on That,” the album features collaborations with G-Eazy (with whom he previously collaborated on “West Coast”), Freddie Gibbs, Brent Faiyaz, Drakeo the Ruler, Gashi, Larry June, Symba and more. Last September, E-40 also teamed up with fellow Bay Area native Fantastic Negrito for the song “Searching for Captain Save a Hoe,” an update on E-40’s 1993 single “Captain Save a Hoe.”