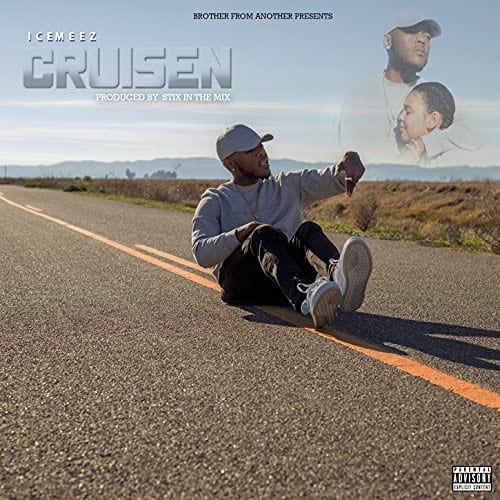 Ice Meez is an artist who is revolutionizing the rap game. The acknowledgment from those who have experienced his music, acting, and activism, have been blessed with his lyrical messages and conviction. He is showing us all how to stay humble, stay focus, and actively make content that makes an impact. Notice almost every bar in his verses is strong and backed up with meaning, metaphor, emotion, and/or conviction as he really lives by his words. Meez is known for his Black Lives Matter movement and song track called BLM Presented by his channel “Brother From Another Mother“.

He has performed in many places around the Bay Area to spread his BLM message and it was a powerful one. Recently, Ice Meez has released some singles and collabs that have been taking off and even landing him interviews as well as celebrity mentions giving props and shout-outs for his work all over social media outlets. Ice Meez is not one to sleep on; he is always working on something to surprise us all that follow and support his journey. There is a lot to talk about when it comes to Fairfield California’s Ice Meez, so let’s keep it to the point of this blog post and music video “Cruisen” a song produced by STIX IN THE MIX and presented by Brother From Another Mother (IceMeeze Brand on YouTube). The song and video have a mellow vibe and summertime feel that Meez matched perfectly with the smooth style flow he gave it. His lyrics are breaking down the game and understanding what he has been through in his music travels thus far. We are along for the ride and happy to be early supporters since back when he was releasing music with Mac Reese, a Fairfield artist who raps lyrical and fast. You’ll notice his social bio says Father 1st…

He has his daughter feature in the video “Cruisen” with him and that says it all. You can tell he is showing he’s a real one, a father, an artist, an independent creator hence his Instagram bio below. He is also gearing up to be on KinerkTube with his pages for each of his roles below related to the music and the music business. He has chosen to be a supporter of our platform and soon will be sharing more of his KinerkTube especially when his pages are loaded up with content to stream and play and all his opportunities and offers etc. Enough said, watch the new video Cruisen just released on June, 3rd 2021 “Cruisen” by Ice Meez.

Get “Cruisen” on Apple Music//Deezer//Soundcloud// Spotify

By admin
In All VideosMusic Videos

This video is also found on our Video Gallery Page