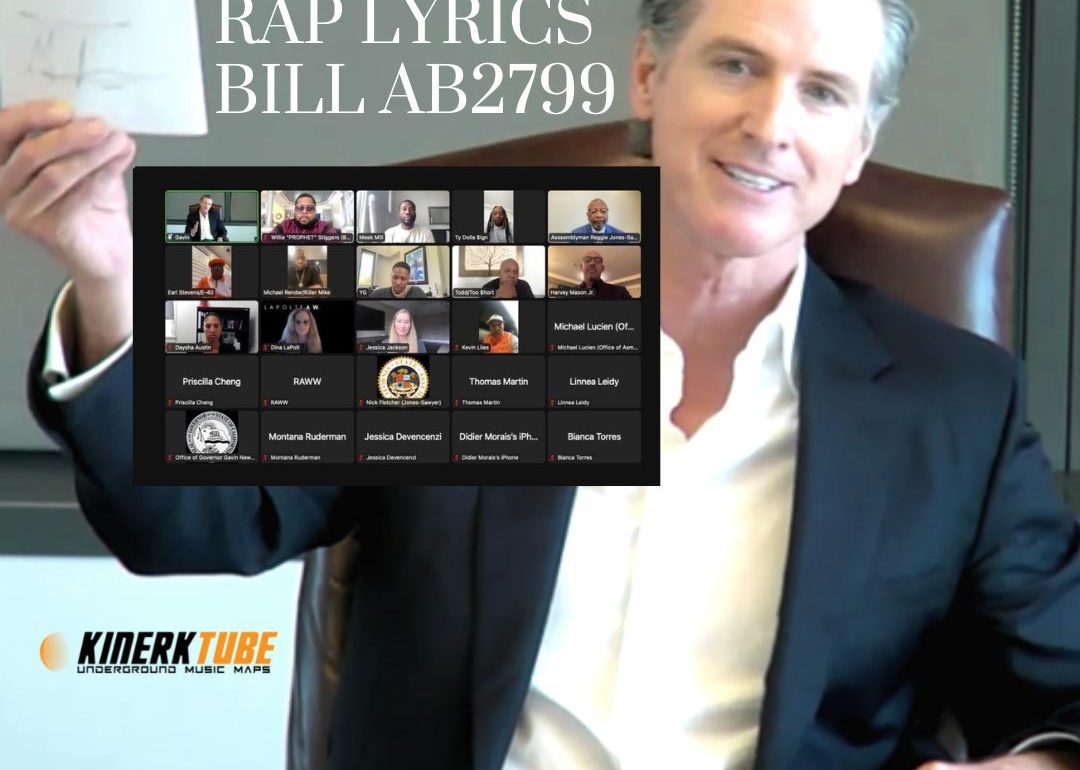 California Gov. Gavin Newsom has officially signed AB 2799, the landmark legislation that protects an artist’s right to freedom of expression.

On Friday September 30th, 2022 the new signing ceremony began; an epic moment and historical time Governor Newsome stands up for the content (art) that Rappers create and release with the goal to protect the rights of free speech and expression when it comes to rap music. Joining in full support are some of the industry legends including a number of rappers, such as Meek Mill, Killer Mike, Ty Dolla Sign, YG, Tyga, Too Short, and E-40.

Newsome, the Democratic lawmaker passed the first-ever Bill Friday afternoon, more than a month after it was unanimously approved by the state Senate. Known as the Decriminalizing Artistic Expression Act, the law restricts the use of rap lyrics as evidence in California court. Earlier this year in New York, they did not succeed in passing a similar legislation, which was seen as a major blow to artists’ First Amendment rights. ⚖️

Artists of all kinds should be able to create without the fear of unfair and prejudicial prosecution,

“California’s culture and entertainment industry set trends around the world and it’s fitting that our state is taking a nation-leading role to protect creative expression and ensure that artists are not criminalized under biased policies.”

For too long, prosecutors in California have used rap lyrics as a convenient way to inject racial bias and confusion into the criminal justice process,

“This legislation sets up important guardrails that will help courts hold prosecutors accountable and prevent them from criminalizing Black and Brown artistic expression. Thank you, Gov Newsom, for setting the standard. We hope Congress will pass similar legislation, as this is a nationwide problem.

By admin
In All VideosFeatured BlogsMusic HistoryMusic News
Dina LaPolt

Sources say, that Too Short gave an impassioned speech on how his generation was targeted by prosecutors who used artists’ lyrics against them. He also expressed gratitude that the next generation of California artists will be afforded creative freedom without the fear of their art being used against them.

E-40 affirmated Too Short’s comments, saying he was a proud Californian and was pleased to see his home state lead the way with new legislation that protects the creative freedom of artists.

The Rap Lyrics Bill law goes into effect in January 2023.