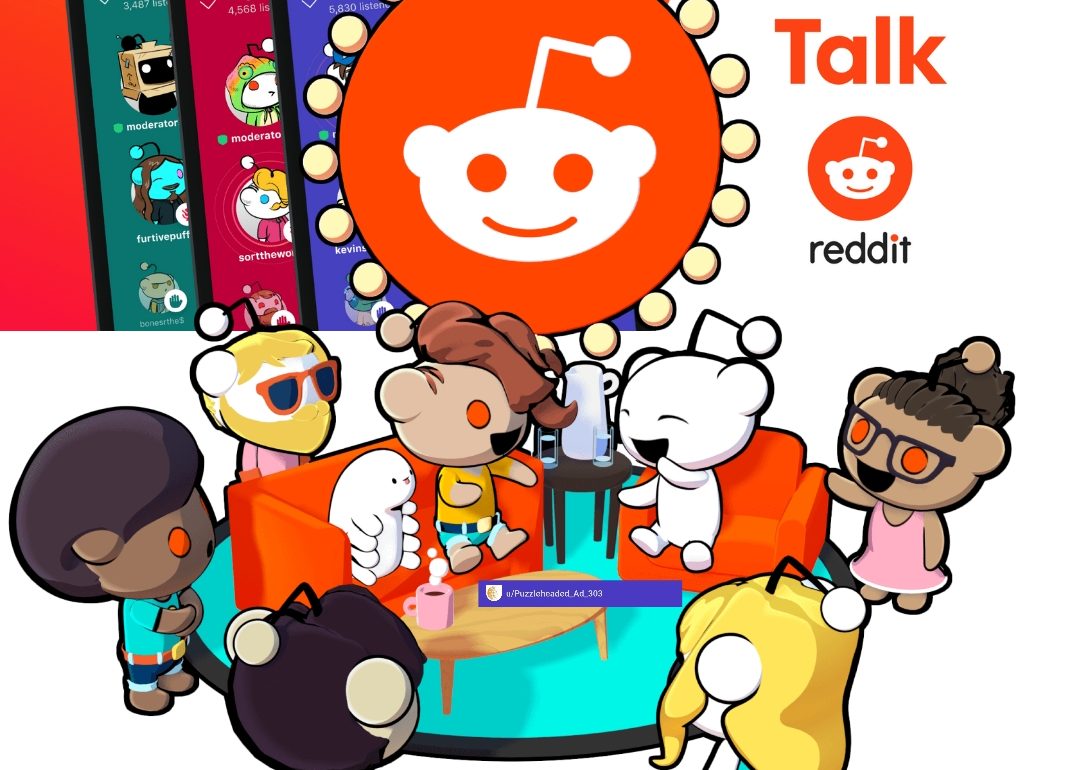 The first (original) social audio app Clubhouse rose to fame in late 2020 and early 2021, and before long, nearly every other messaging and social media service implemented their own version of Clubhouse’s audio rooms. Reddit released its take on the idea last year, called ‘Reddit Talk,’ and now more improvements are rolling out.

Reddit highlighted some of the improvements in a blog post (via The Verge), saying “today we’re rolling out a number of new features for Reddit Talk, including: a recording function so community members can listen to Reddit Talks after they’ve happened, bringing the Reddit Talk experience to web users, the ability to interact with text and emojis during Talks, and a live bar experiment on the top of the feed that shows when live Reddit Talks are happening.”

First you check to make sure you have it active on your Reddit profile otherwise you may have to apply or wait for them to roll it out to your account.

Next you will pick your theme color and title and then you will click the button and it will go live so you can start your talk immediately.

Very similar to Clubhouse, Twitter Spaces, and most other implementations of this idea, availability started with mobile devices and has been slowly expanding to desktop. Now that people on the desktop version of Reddit can listen and speak in Talks, all that’s left is the ability to create new Talks, which is already rolling out for those thie wait and faster for those who apply from inside their accounts. Reddit is also taking inspiration from other Clubhouse clones, particularly Twitter, with a new bar at the top of the screen dedicated to Talks however user feedback has complained and now it seems to be relocated within the app which is what many social networkers are used to seeing anyways knowing that it’s new features are continuously being optimized into the app.

It is yet to be seen if audio chat rooms will remain a commonly-used feature, or if they will slowly fade away in popularity like the original Clubhouse application. Instagram, Discord, Twitter, Facebook, and other platforms have implemented public audio rooms to varying degrees of popularity.

Reddit is also in the process of reworking advertising on its platform, in an effort to boost profits ahead of a possible stock market listing. The company hired its first chief financial officer (CFO) last year, Drew Vollero, who previously helped Snap (the owner of Snapchat) go public in 2017.

Reddit Talk is a new way for redditors to take part in live audio conversations–they can host AMAs or just hang out and have fun. For now, a talk can be hosted by mods or mod-approved redditors in participating communities or by some redditors through their profile. If you’re interested in hosting talks, please let us know and we’ll get back to you.

In this article, we’ll cover:

There are four types of people in talks, who have different roles and permissions:

By admin
In Member Blogs

KinerkTube.com may be looking into the feature more as we just got approved for Reddit Talk.

To learn even more about Reddit Talk go here