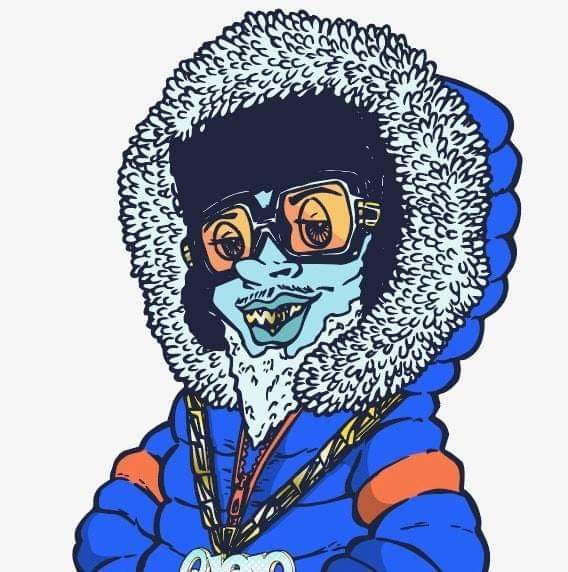 To finish off the fall’s tour the hip hop group ends with a show today Sunday at a Santa Rosa, California Bar/Restaurant venue – Whiskey Tip.

Vocab Slick, is a Hip-Hop artist outta Sonoma County, California and he started Slap Frost. He grew up in Rohnert Park and has lived in Santa Rosa for the past decade – a city just 10 minutes north of Rohnert Park and about 45 minutes from the Golden Gate Bridge. After another tour across the states, the road leads back home where Vocab grew up – Rohnert Park/Santa Rosa aka central Sonoma County California.

There has been a lack of venues locally and a lack of opportunity,” the 40-year-old rapper said. “I can only do so much relying on other people.

The Slap Frost Tour was originated by the founder Vocab Slick and two other Bay Area artists,

“We carved out our own lane,” he said. “We wanted to spread the word. I had done some touring before, but not on this scale.”

Not the first, not the second, not the third, but the seventh annual Slap Frost Tour opened November 4th, 2022 in Pomona (Los Angeles CA.), and since then it has played a dozen other cities, including Las Vegas (Nevada), Phoenix (Arizona), Denver (Colorado), and San Francisco ( Bay Area California)

We jokingly call it Slap Frost because it’s a play on Jack Frost. We generally go out in the late fall,

“If you go to our website (slapfrost.com), you’ll see the fictional elf character we invented.” Slick also said.

KinerkTube made it the thumbnail of this article. ?

Slap Frost Tour, founded by Vocab Slick, Z-Man of San Francisco and DJ True Justice of Richmond, has traveled the Westside and continued on in other music festive cities and platform venues. The group has grown with a summer vacation cross-country “Slap Frost” tour. Previously, their January-to-March tour that went all over the U.S. in early 2020.

“COVID was right behind us every step of the way,” Vocab Slick said. “We were in Wyoming when everything shut down.”

With the challenges in Sonoma County over the years including fires, COVID-19, and venue changes decreasing show opportunities, people from the area with a music passion stay active to keep the music scene alive, especially the hip hop and rap scene but also reggae, rock, and more. With that said, we want to mention a few others who are keeping music alive and well in Sonoma County over the years. Don’t sleep on Prodkt from Backroom ENT (DJ and verified Artist) outta Santa Rosa who’s been bringing in hip hop and rap legends throughout the decade at multiple venues and locations from Santa Rosa to the east coast. Della The Fella is also keeping it lit with music events and with the support of popular Slick Bridge Clothing store peeps Mobsta Myke and the thizz family. Also, heavy hitters are event coordinators WestWayz Booking Solutions (KinerkTube event collaborative partners) who are also facilitating legendary tours including recent ones with Too Short, Andre Nickatina, Spice1, and more. There are some others who make Sonoma County active and a landmark of music and culture; we mentioned a few who have made it through years of consistency and still going strong.

The tech and innovation out here is like “our own mini little silicon valley” says KinerkTube founder Robbie K. Everydayallday “we have our KinerkTube.com homebase located in Rohnert Park and Santa Rosa where we continue to innovate the online music world with our niche music networking platform. With a community that showcases artists, music business, and all their events and pages (music roles) full of links, players, and other embedded content, we made a true One-Stop-Shop platform for music represention and discovery.”

In the Sonoma County entertainment scene, let’s just say, it’s a place where everyone knows each other (or of each other), especially in music.

Now with Vocab bringing a strong movement with the Slap Frost Tour, it is becoming an established movement in the culture and music scene that keeps growing.

“You could put my style in the box of independent hip-hop,” Vocab Slick said. “It’s been called conscious rap at times because I’m talking about being clean and sober, and other positive things. I’ve been clean and sober for 20 years.”

As he struggled to break free of his addiction, he came to view his love of music as a road to recovery. Something many of us Sonoma County-ians can relate with and respect. Being sober in Sonoma County is hard enough for most addicts but some have found a way of recovery and change.

“The reason I started to do music professionally was I needed a therapeutic outlet,” he said. “I’ve loved hip-hop since I was 10. I came to see it as a profession.”

Sonoma County is his Roots

The Slap Frost tour brings a inspiring sense of Hip-Hop and Vocab Slick continues to strive for a stronger and continuous Hip-Hop music scene right here at home. And we support him and the entire movement. KinerkTube is proud to see our 707 Northern California area growing on the map – music maps.

This is a time of new music growth online and in the streets. We continue to innovate and support the Artists world-wide. It’s pretty dope to see Vocab Slick making such power moves with this Slap Frost Tour. The tour makes it’s name in our Hip-Hop and music culture to never be forgotten. Today it’s alive, well, and growing.

“I think there’s a renaissance. Hip-hop is becoming more normal here,” Slick added. “Some people don’t think it’s possible to have a positive atmosphere. It’s important to have shows where people feel safe. I want to be able to change the narrative locally. It’s important for people to get out there and support local artists.”

If you are in the music scene and play a role or have a business or service then join KinerkTube.com. Make a page for the music maps plus add your events to the events map and enjoy the social network and promotional tools. If you are a fan join and support and network with the music world on KinerkTube.com

Check out their event page presented by their Sponsors at #WEEDBILLY (local farmer) ?