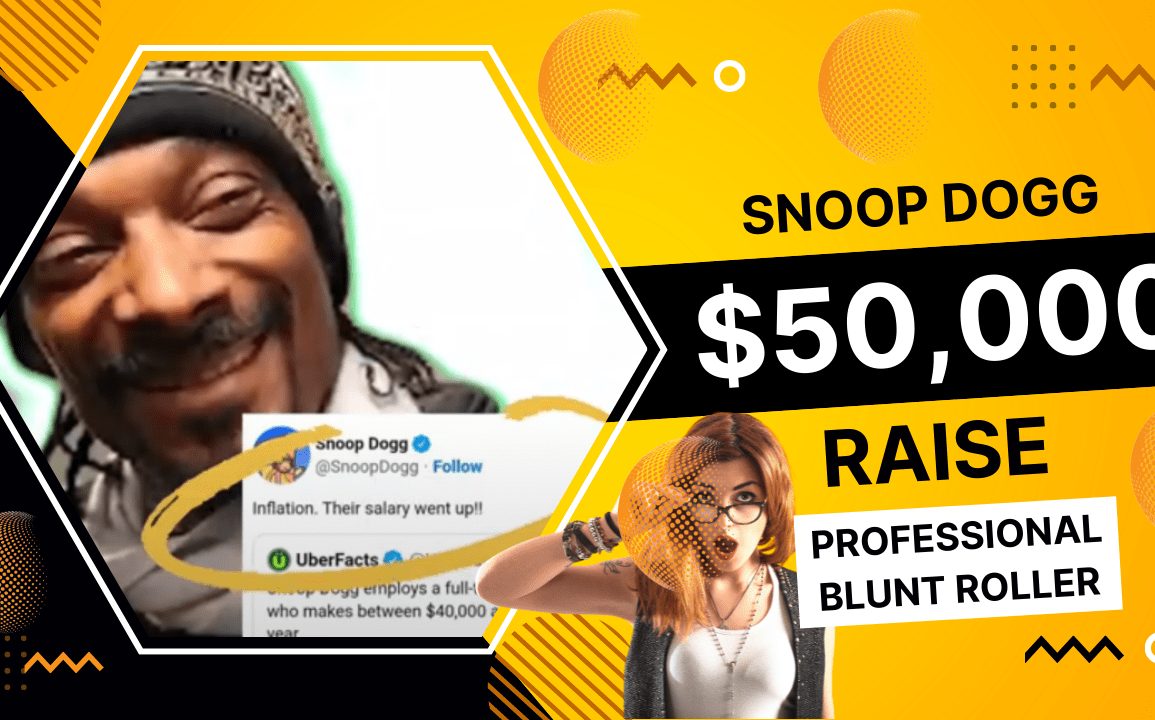 SNOOP DOGG REWARDS A $50K- Raise To His Professional Blunt Roller and Tweets: ‘THEIR SALARY WENT UP!’

Snoop Dogg smokes so much weed, it’s worth the cost of hiring a full-time blunt roller. The Long Beach rapper appeared on The Howard Stern Show alongside actor and fellow weed enthusiast Seth Rogen in October 2019, where he revealed he pays someone up to $50,000 a year to roll blunts for him.

The Twitter account UberFacts tweeted on Monday (June 6), “Snoop Dogg employs a full-time blunt roller who makes between $40,000 and $50,000 a year,” but it appears the salary has changed almost three years later.

Snoop Dogg isn’t the only rapper paying other professionals to roll joints for him. In August, Kid Cudi asked Los Angeles-based people to submit their resumes to be his personal blunt roller.