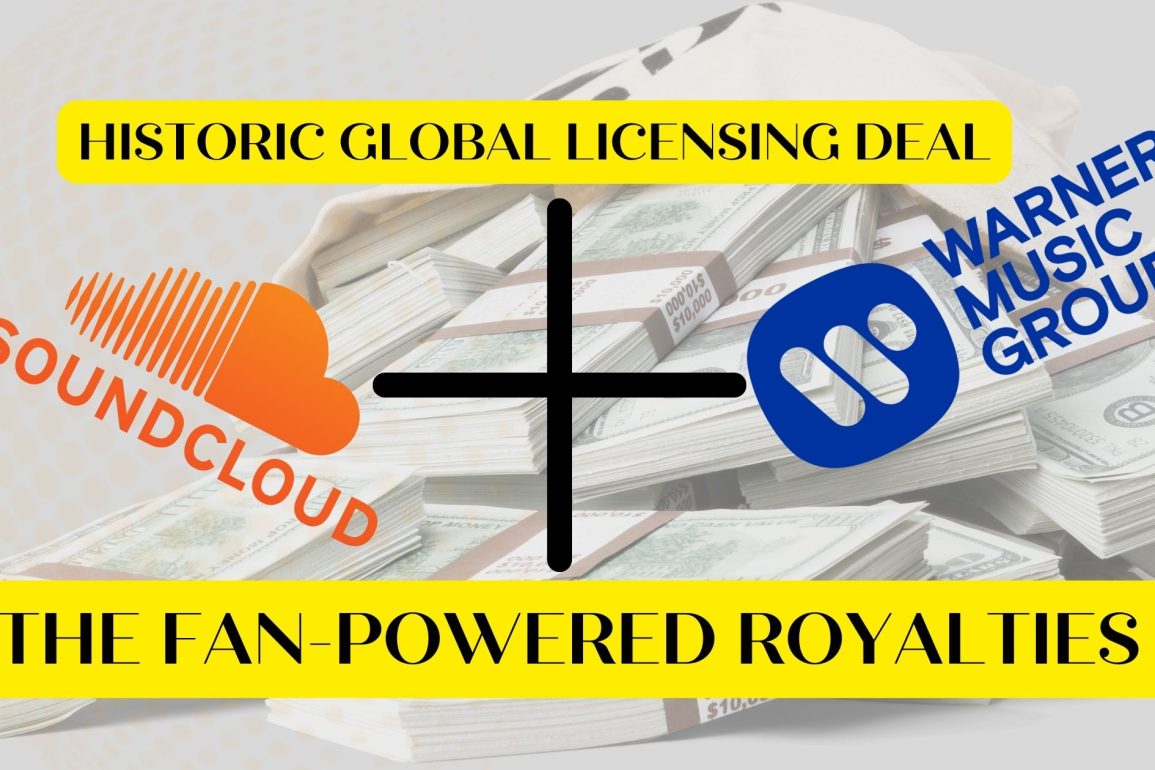 What this means is that, when a fan listens to a WMG artist on SoundCloud, the subscription or advertising revenue goes to that particular artist rather than being pooled under the pro-rata model that the industry has been using prior up till now.

The hope is that this will prove to be a more equitable way for streaming royalties to be distributed, and that it will give artists more control and open up “new fan monetisation opportunities.”

“Today’s deal is a major milestone because, under Fan-Powered Royalties, more artists get paid more money, But even more importantly, Fan-Powered paves the way for artists to create even more opportunities to monetise their art beyond streaming and create more value, driven by engagement with their fans.”

Oana Ruxandra, Chief Digital Officer & EVP, Business Development, WMG, adds that: “The evolution of the music industry brings new ways to create, consume and monetise. As the ecosystem expands, WMG is focused on advancing and experimenting with new economic models to ensure the opportunities for our artists and their communities are maximised.”

“SoundCloud has been an amazing partner in connecting artists and fans, deepening our relationship will allow us both to proactively build for the future.”

The Fan-Powered Royalties system has certainly been working for SoundCloud. Within a year of introducing it last spring, SoundCloud saw a 30 percent jump in subscribers to its premium creator services, which start at $30 a year and go as high as $144 per year.

The deal is another sign that the user-centric model is gaining traction, though it isn’t close to becoming the norm. Tidal announced last fall that it was moving to a user-centric model as well. Spotify has acknowledged the new approach to royalties but is waiting to see what the rest of the industry does. Warner, though the smallest of the three biggies (Universal is the biggest, with Sony coming in second), could help move the needle in this new thread of a partnership and payout innovation.

Awesome Reminder: with KinerkTube.com as an Artist/Business member, you can leverage your SoundCloud exposure and gain more streaming count for your monetization goals. Simply as DD any URL link or embed code from any SoundCloud song track, album, or playlist, and showcase it on your one-stop-shop music maps page representing your role in the music industry and everything you have to offer. Plus you can add dozens of other music, video, beats, podcasts, and more. Add to your page(s), events, social walls, chat, opportunity highway, and more. Make your music discovery a streamlining experience for fans and a hub for connecting with not just your fan audiences, but other music professionals in the business. Request help from KinerkTube Support. Send us a chat anytime.