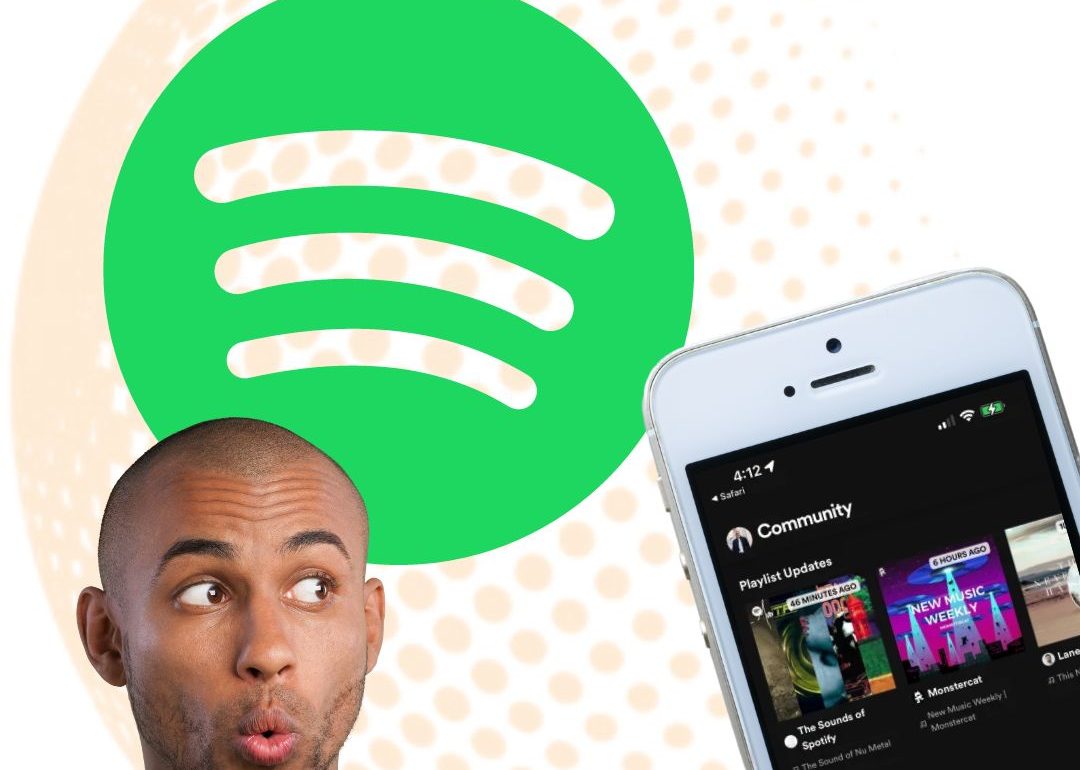 Spotify Adds ‘Community’ on Mobile: See What Friends Are Listening To, Currently on iOS for Apple Users

Spotify’s ‘Community’ hub is a brand new feature rolling out slowly to the world and currently on iOS for Apple Users. The community tab will provide a social hub feature that’ll allow mobile users to see what music their friends are enjoying and what playlists they’re updating too.

As everyone already knows, you can currently see what your friends are listening to via the “Friend Activity” tab on Spotify desktop app, but there is no similar feature on the Spotify mobile app.

Spotify has been piggybacking on third party socials, like with their Facebook integration, while aiming to be a social music streaming app. As time has shown us, the platform increaseed their user personalistion features to get ahead of other streaming services; optimistically with their continued innovation, we can enjoy almost any mood and vibe to our favorite playlists customised to our musical tastes – ‘Discover Weekly’ and ‘Release Radar’ being just two infamous examples.

However, Spotify has had no recent plans to further leverage any social features besides ‘Friend Activity’ on its desktop app, despite a user request receiving over 7,000 votes on its community forums.

Spotify’s Community feature isn’t accessible in the mobile app right now, but mobile iOS users can access the upcoming feature today by searching “spotify community” in the Safari browser on their device.

Have you seen the other Spotify updates this last month?

Take a look at the layout in the above image showing the Community hub presents a horizontal slider row of ‘Playlist Updates’ at the top of the page. Just under that section, you can scroll through a vertical list of friends to see what they’re listening to with timestamps that tell you when they were listening; plus if your friends are listening as you scroll you’ll see a speaker icon element to the right of their choice of music which sits beneath their name. Please note, tapping on a friend’s song name doesn’t play the song as of yet but could be playable soon with their updates and when it’s publicly available to all mobile users.

Furthermore, Spotify has added timestamps to the playlist updates in an updated version of Community. Now you can see the most recent playlist additions including the ability to tap on a playlists to see the full song list too.