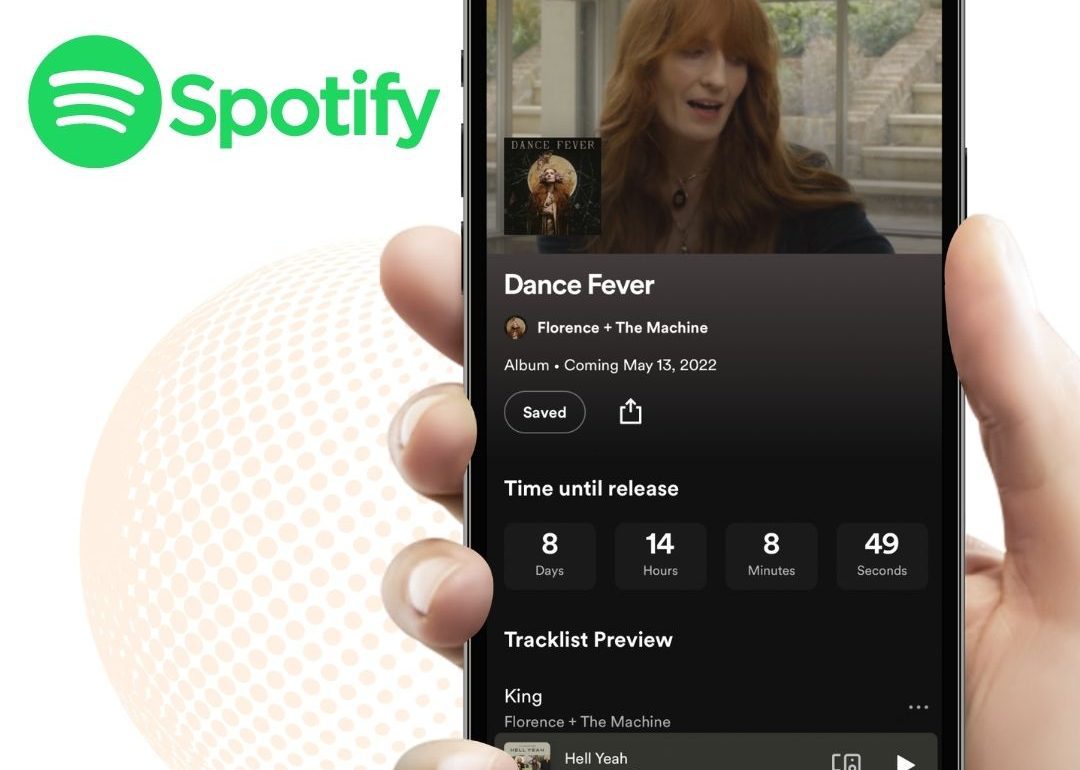 Spotify is testing a pre-save that will allow fans to add music from an upcoming release to their library. Apple Music has had a similar feature for several years,

The initial Spotify test is with the Artist Florence and The Machine.

The idea for this test is to have fans visit Florence+ The Machine (Spotify Artist) page on the Spotify moble app and discover a pre-save button for the May 13 release of their new album ‘Dance Fever’ on Republic Records.

Clicking it will pre-save the track to the fans librabry and take them to a pre-save page which includes a short video from the the artist using Spotify’s ‘Clips’ format plus a countdown to release date, album artwork and a preview tracklisting.

Spotify has aknowleged the test and says that there will be more, the streaming platform has not said when or even if this often requested feature will actually be available to all artists.

as of now for the rest of the Spotify Artists out there… the Spotify Pre-save feature still works like before. This would be a nice upgrade to the music release and pre-save experience. Keep an eye out for this feature because it could be a thing finally on Spotify and maybe sooner than we all think.