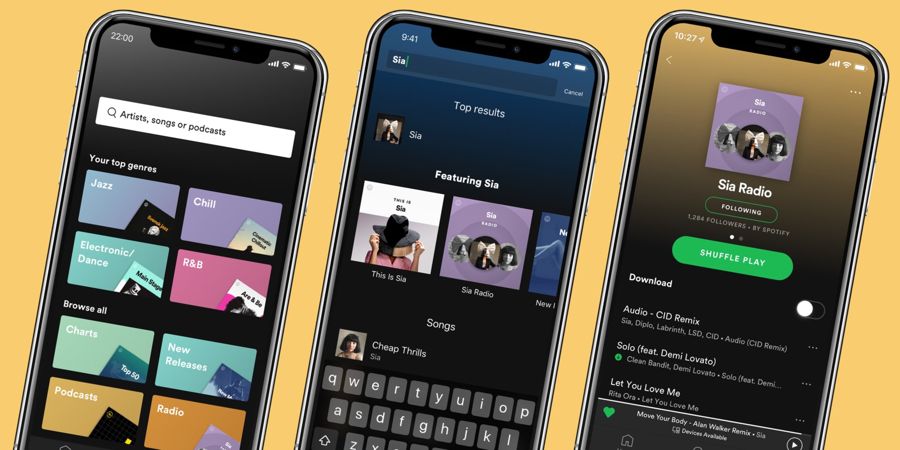 The innovating company TikTok, has trend-set the vertical video feed format. This is basically where videos are shown vertically and users can scroll downwards or upwards to discover new videos. Ever since its introduction, we’ve seen it applied to other apps who have launched similar short form video features of their own such as Instagram and Facebook etc.

Now it seems clear that Spotify wants in on that action as well. According to a tweet by Chris Messina, he has discovered that Spotify is testing out a TikTok-style feed of their own for music videos. The concept is similar to what we’ve seen in other apps, where users can scroll down and up to view different videos.

The main difference in this new Spotify addition from what we can tell, it focuses primarily on music videos. Given that Spotify is a music streaming platform and less of a social media platform, it makes sense that the videos in this new “Discover” section of the app will be about music videos and less about other types of random videos you might find on TikTok, Instagram, or YouTube.

This new feature could also tie-in with an existing Spotify feature called Canvas. For those unfamiliar, Canvas is a feature that lets Spotify artists create short videos for their songs. It launched in 2019 but it was met with mixed reviews. Alternately, now that Spotify is combining it with their version of a video feed format, it could let users discover new songs and new alternative music videos from their favorite artists while bringing in more engagement and likes (hearts).

Spotify Is Working On A Karaoke Mode Feature

By admin
In Music NewsSoftwareTechnology & Insights

Remember to embed your Spotify songs, albums, playlists, and podcasts on KinerkTube.com