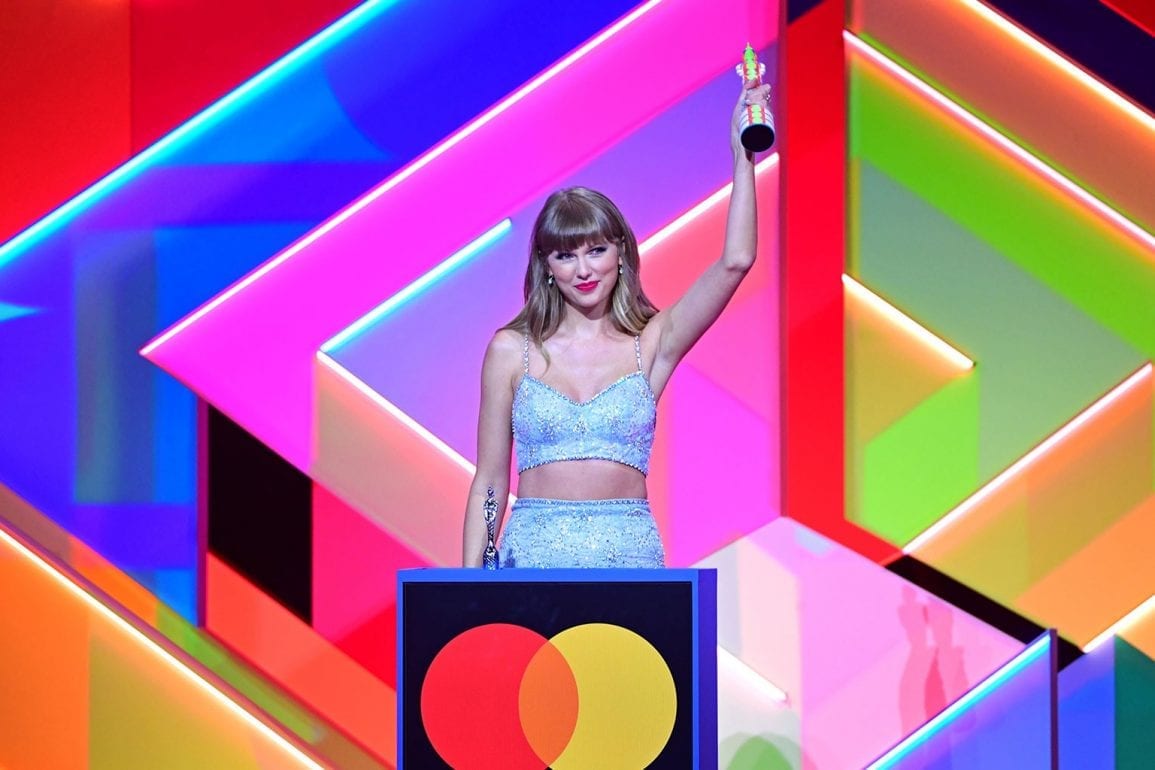 Taylor Swift’s Inspirational & Emotional Speach to Artists: ‘You Have the Right to Prove Them Wrong’ [Brit Awards 2021]

Powerful Words of Inspiration. Be fearless! That was the message Taylor Swift gave new artists and fans with big dreams during her speech at the 2021 Brit Awards on Tuesday (May 11, 2021).

Taylor Swift known as the “Willow” singer was optimistically present at the Brit Awards 2021 and accepted the global icon honor, which was presented to her by Game of Thrones star Maisie Williams. After speaking about the HBO fantasy drama and fan-girling over getting the award from the actress who portrayed the fierce Arya Stark, Swift began acknowledging her people by thanking her friends and family for their support.

Swift mentioned she released three albums during the pandemic, used her platform to inspire up-and-coming artists as well as those who have big dreams for their futures.

“I need you to hear me when I say that there is no career path that comes free of negativity,”

she shared in her emotional speech, during which she became teary.

“There might be times when you put your whole heart and soul into something, and you’re met with cynicism or skepticism, but you can’t let that crush you. You have to let that fuel you,” she urged passionately. “We live in a world where anyone can say anything that they want about you at any time. But just please remember that you have the right to prove them wrong.”

The 2021 Brit Awards aired live from London’s O2 arena and was hosted by Jack Whitehall. The event — which had about 4,000 frontline workers in attendance — was characterized as the “first major indoor music event to welcome back a live audience — a pivotal moment in the return of live music at scale.”

Watch Swift’s passionate speech below via Twitter via @Brit Awards