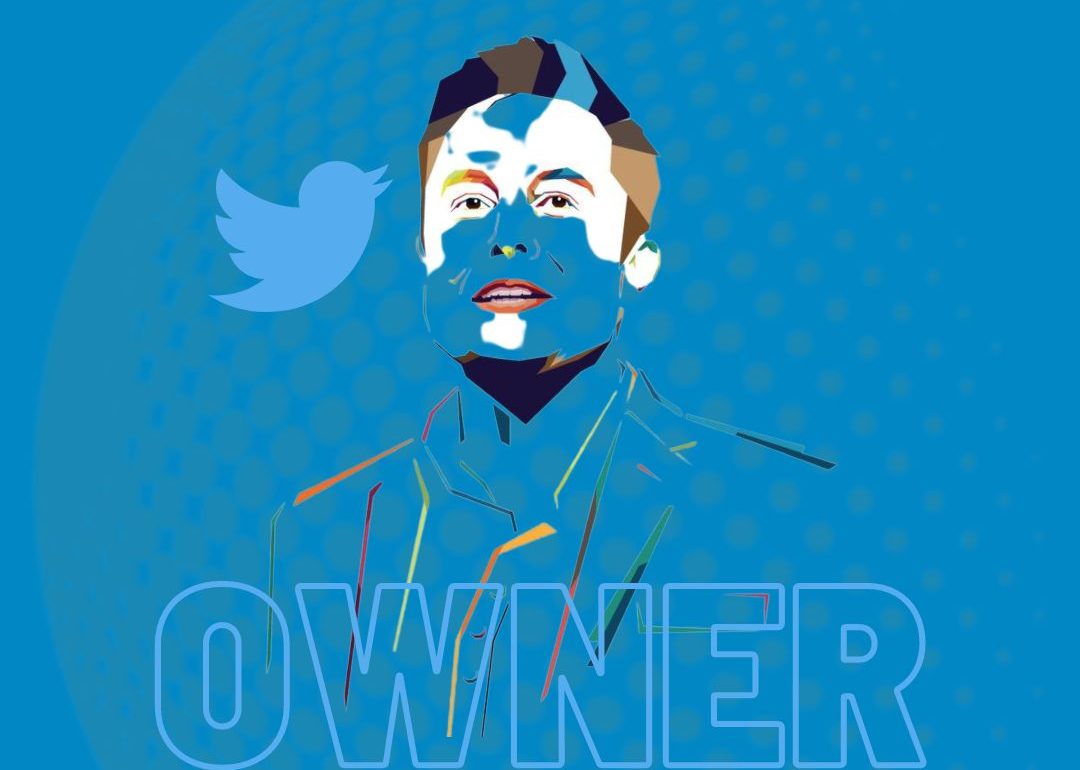 Twitter Now Officially Owned By Elon Musk: What To Expect For The Social Network’s Future!?!

It’s safe to say, the CEO of Tesla has officially become ‘Chief Twit.’

Here’s what could be coming next…
What to expect from Twitter now that Elon Musk is officially in charge!?!

The negotiation for Elon Musk to purchase Twitter has been going on for a while now and the Time has finally arrived. The $44,000,000,000 (billion dollar) deal appears to have officially closed, allowing Musk to avoid a court battle with the social media giant and comply with a Delaware court judge’s deadline. It was reported on Thursday, Twitter CEO Parag Agrawal, CFO Ned Segal, and top legal and policy executive Vijaya Gadde were ushered out. Now the question is: What’s next?
Big changes are coming. The Twitter we’ve all come familiar with is about to change substantially. Musk positions himself as an advocate of free speech and has been publicly critical of the company’s monitoring of violent or hateful content. With that said, we can expect some high-profile permanent bans to be reversed, with former President Donald Trump likely to be welcomed back should he want to return to the platform now that he started Truth Social.

Musk hasn’t been very specific openly about his plans for the social media giant, but Thursday, via a Tweet, he said much of the speculation about the site’s future has been wrong.

“The reason I bought Twitter is because it is important to the future of civilization to have a common digital town square, where a wide range of beliefs can be debated in a healthy manner, without resorting to violence,” he wrote. “There is currently great danger that social media will splinter into far right wing and far left wing echo chambers that generate more hate and divide our society. . . . I didn’t do it because it would be easy. I didn’t do it to make more money. I did it to try to help humanity, whom I love.”

News and media reports in the past week have said Musk has threatened to gut the company’s workforce, with The Washington Post reporting he plans to cut the staff by nearly 75%, slicing it down from 7,500 employees to 2,000. That could seriously affect the company’s ability to monitor content (including racist rants like the ones Kanye West made recently getting him kicked off Twitter and in negotiation to purchase a social network called Parler), misinformation, attempts by foreign operatives to manipulate public opinion and free elections, and child pornography.

Musk reportedly told employees on Wednesday that he does not expect to cut 75% of the company’s jobs, but he is still expected to make some job cuts.
Depending on the size and severity of that staff reduction, there could be technological side effects. For example, what is Twitter’s services go down, for instance, remaining employees might not have the applicable knowledge to get them back up. With that said… It’s been reported, Musk, in a town hall meeting at Twitter in June, said he didn’t see a reason that low performers should keep their jobs.

Here are a few other changes we may see:
THE RETURN OF TWITTER’S 86ERS AND THEIR FAMILIAR FACES
Trump might not be the only banned user invited back to the platform. If Musk eliminates permanent bans, that could let down the gates for the return of conspiracy theorist Alex Jones, who was booted in 2018, and Representative Marjorie Taylor Greene, whose account was suspended earlier this year after she posted false claims about COVID-19 vaccines. Other banned users include Michael Flynn, Sidney Powell, and Mike Lindell, who were all “EightySixed” for their 2020 election-denial claims.

Musk, during the short period in which he was going to join the company’s board and not buy Twitter, said to Agrawal in a text: “Would be great to unwind permanent bans, except for spam accounts and those that explicitly advocate violence.”

That said, in his Thursday missive, after changing his bio to “Chief Twit,” Musk said, “Twitter obviously cannot become a free-for-all hellscape, where anything can be said with no consequences!”

In the beginning of Musk’s interest in purchasing Twitter, Elon announced one of his first vows was to rid the company of its spambot problem. By June, though, he was making noise about backing out of the deal, saying the issue was much worse than Twitter had disclosed. In response, the company gave Musk access to its full data stream, which was made up of more than 500 million Tweets per day, as well as the devices they tweet from and information about the accounts that post.

Musk never disclosed the precise details in what he exactly learned from that information, or how easy or difficult it will be to do away with spambots. With the amount of significant staff cuts, it raises even more questions about whether he’ll be able to do anything about the issue, but it still remains one of his mentioned priorities.

THE EDIT BUTTON COULD FINALLY BE AN EXISTING FEATURE FOR EVERYONE

Even before he made his bid for the social network company, Musk is a bit of a “Tweet-aholic” and in regards to the edit button option for tweets, he was keen on pushing his desire to have an edit button, polling his followers and asking if they wanted one. (They did, with 74% of the 4.4 million people who voted saying yes.) However, Musk hasn’t said much about the edit button lately, but it could be one of his first moves as the company already debuted its version of the feature, but only for people who have a $4.99-per-month Twitter Blue subscription.

“Buying Twitter is an accelerant to creating X, the everything app,”

Musk tweeted after his decision to go ahead with the takeover earlier this month. What he means is it’s still a huge guessing game, but Musk has hinted that the social media site could be a building block for a WeChat-like app that people use for everything from messaging to games to mobile payments. Twitter, he says, could move up the launch of X by as much as five years.

J.Cole’s ‘Middle Child’ Is The First Song To Go Multiplatinum This Year

Musk has owned the X.com domain since 2017. But if he manages to succeed in making an Americanized version of WeChat technically, will U.S. (or global) users sign on? Musk remains a polarizing figure, and advertising revenue alone is unlikely to support that vision.

A USER DEPARTURE
Internal research by Twitter has already discovered that the company is failing to hang on to its most active users, the ones who generate 90% of all Tweets (and account for half of global revenue). That comes as interest in news, sports, and entertainment dwindles. Cryptocurrency and not-safe-for-work content are the top areas of interest among English-speaking audiences these days.

A continued departure of power users could further weaken ad revenues for the company.

Consequently enough, 2 minutes ago and prior to this article being finished up… Musk makes a new post to Twitter saying…

Make sure to add your Twitter link to your KinerkTube profile, pages, and events plus showcase your Twitter account feed on your Artist and Business pages under your Social Network tab.