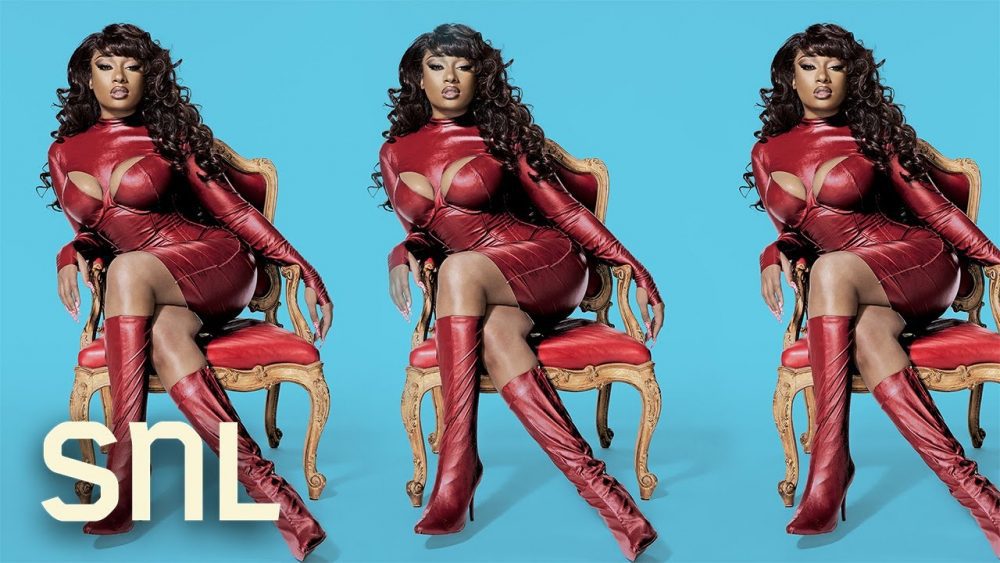 Megan Thee Stallion pulled double duty on Saturday Night Live this weekend, acting as both the host and musical guest. She did three of her song tracks — “Anxiety,” “NDA,” and “Plan B” from here most recent album Traumazine. Her performance was backed by a full band and looked great for the LIVE show, enhancing the whole vibe of it all.

Stallion, naturally, also delivered the episode’s opening monologue, in which she talked about her many nicknames. She also mentioned her Popeye’s Hottie Sauce in the mix of it all. When watching the videos you’ll see Megan appeared in a whole bunch of sketches, which included activities such as running a Hot Girl Hospital, rapping alongside Ego Nwodim and Bowen Yang, and leading a workout class.

Watch all that below. ?

During the show, SNL announced that Jack Harlow would also pull double duty as host and musical guest for its next episode on October 29. Like Megan Thee Stallion, Harlow was recently a co-host on The Tonight Show With Jimmy Fallon.